Innovations in power backup technology and unit construction of the past few years means that when you shop among the most renowned brands, you are not sacrificing an awful lot of features as against the most expensive in those lines.

Across the board, the main factor is the ‘built to last’ factor—choosing a cheap standby generator from brands such as Generace, Kohler and Briggs & Stratton means that you will be buying a product that will endure.

As you can see from our reviewers' roundup of the best cheap standby generator units, there are numerous features across all the machines in this lower-budget range.

At the cheapest end, such as the first three on our list, Briggs & Stratton's 40445 and 40450 models, and the Generac 6462 Guardian Series, they're more within the reach of a lot more householders, and they are graced with a number of very attractive features and efficient capacities.

At $2064, the Briggs & Stratton 40445 is the least expensive and best value standby generator unit that we reviewed.

The Briggs & Stratton 40445 is an 8kw unit that is renowned for its versatility and adaptability, and is perfectly suitable if you only want to provide a backup power source for your home's basic circuits, covering lights & appliances including refrigerators and televisions and more.

It's also suitable for owners of smaller properties, as it can be placed as close to your house as 18″, and best of all, it has a 50-amp transfer switch enabling it to automatically supply power to limited circuits in the event of a disruption.

This is exactly the kind of machine that has made the Briggs & Stratton name—quality construction, powerful operation, reliability, user-friendliness and adaptability to a range of circumstances.

Leaping up to the $2,999 price bracket is the 40450 generator from the same Briggs & Stratton brand.

It's essentially a more powerful and robust version of the 40445, producing 10kw of power, and also equipped with a 200-amp automatic transfer switch that will detect a power outage and automatically start supplying the power to your home.

It's a little bit louder than the 40445, but given its transfer switch functionality—which will also automatically deactivate the generator when the mains power is reconnected—and its five-year limited warranty to cover parts and labour, the Briggs & Stratton 40450 offers decent return on investment.

Available in the $3,700-3,800 price range, the Generac 6462 Guardian Series also happens to be the quietest standby generator on the market, with an operational noise level of just 58 dBA.

It's features such as this that make it the best-selling of Generac's incredibly popular Guardian Series class of generators, and consequently, make it so difficult to get hold of in some quarters.

Anyone who has used this unit will attest to its reliability. It never lets you down, so as well as being a quiet operator, its reliability in all circumstances is its main selling point.

This generator will automatically and swiftly provide backup when there is an outage, keeping the appliances in your home running and ensuring that you and your family are safe until normal connected service resumes.

The Generac 6462 Guardian Series generator is situated outside, and connected to your home’s power or gas supply. Once installed, you barely need to worry that is there at all, such is its seamless operation and reliability.

Sliding upward into the $4,290 price range, the Generac 7042 is a 22kW generator, and while it has no transfer switch, the machine is easy to instal (with a kit that includes removable door panels, a base pad that requires only minimal ground preparation, and efficient wiring), and can (in consultation with a professional) be used in conjunction with an existing or new transfer switch.

The machine is renowned as one of the best, most effective and most energy-efficient of the air-cooled home standby 22kW/19.5kW generators. In addition, this machine, and, indeed, all Generac units benefit from 24/7/365 customer support, in addition to a 5,000+-strong nationwide dealer network.

Costing around $4,495, the Generac 6438 is another powerful, efficient and reliable machine, and a popular choice for householders who live in areas that tend to bear the brunt of extreme weather events, including hurricanes, snowstorms and tornadoes.

Within seconds of an outage, the powerful 11kw Generac 6438 will switch on automatically and supply power to essential domestics appliances such as air conditioners, water heaters, and other facilities throughout your home.

Gas-powered and air-cooled, the Generac 6438 has a 200-amp transfer switch, and can power anything up to a three-ton air conditioner in addition to the devices and equipment in the main rooms of your home.

With its relatively low noise levels and certified safety standards, the generator is perfectly safe for domestic use during unexpected power outages, surges and other incidents, and is well worth considering as your standby generator.

Marginally more expensive than the Generac 6438, at $4,499, is another Briggs & Stratton model, the 40346, which has a 100-amp transfer switch, and incorporates the manufacturer’s patented Symphony II Power Management system, which can power up to two air conditioner systems alongside standard household appliances.

Promoted as having the ability to run up to 50% quieter than most portable units, this machine also benefits from Briggs & Stratton’s limited warranty, regarded as one of the most comprehensive in the industry, offering limited five-year cover on parts, labour and travel.

It's one of the quietest of standby generators, with an operational noise level of just 63dBA, and it kicks in automatically when there is a power outage, so you’ll always be connected, regardless of whether you’re at home.

Installed outside the home, just like an AC compressor, the generator is wired into the electrics and fuel system in your home, and it has an extremely fast 10-second response time.

This machine is built to last, with corrosion-proof construction protecting the electronics and motor against the elements, and it's also been used as a backup source for hospitals, airports and weather services. It doesn't let you down.

Just bubbling under the $4,800 mark at $4,799, this 22kw generator from Generac is another relatively low-noise (67dBA) generator that also happens to be the largest air-cooled power backup unit on the market.

Although at the top of our budget range, the value for money and return on investment is formidable, including its low noise emissions, and a host of the kinds of features and capacities that anyone could reasonably expect from a leading power manufacturer such as Generac.

The Generac 7043 Guardian Series generator uses Generac's innovative combined engine and alternator system, which uses state of the art powertrain technology to attain its 22kw output at a lower fuel consumption rate than might be achievable by many of the other machines in this class. 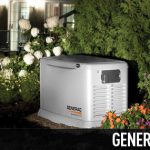 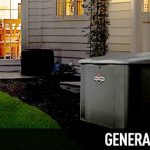 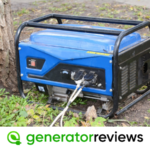 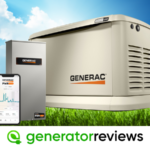