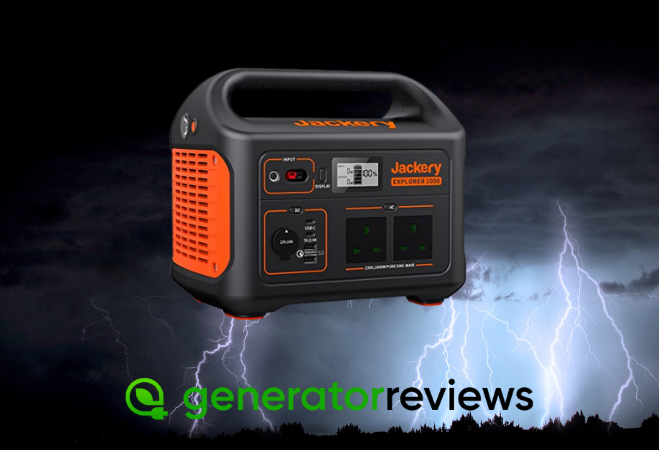 Are Jackery the best portable generator brand in the world right now?

If you are an avid watcher of outdoor videos on Youtube like I am, you will see a lot of people using Jackery devices. Especially in the categories I like to watch, car camping, permission land bushcraft camping, and van life.

So I just had to try them out for size… literally… I have multiple sizes haha.

This might seem like overkill, but like with all portable generators you will probably need different sizes to match what you intend to use it for.

In terms of portable power stations, the Jackery Explorer 240 is a good place to start. You can take it around with ease thanks to the handle on the top. When charging or using, it is absolutely silent, which is something to appreciate.

The Jackery explorer 240 can be charged in a variety of ways. With a solarSaga 100, a portable sun panel, which is the greenest method of generating power. The 12 volt cigarette lighter sockets can also be used to charge it up while driving. Finally, it may be plugged into a wall outlet and charged up.

If the weather cooperates, the solar panel is the fastest of the three techniques, taking between five and five and a half hours. On long journeys, the car option is the most efficient.

What can it power?

I have mainly used the Jackery Explorer 240 overnight to power our electric cooler box. The Explorer 240 would run for around 12 hours with the cooler set to eco mode. It can also be used to recharge various devices, including smartphones, tablets, and laptops.

How do you carry it?

It doesn't come with a case to carry it in or protect it from damage. There is, however, an easy-to-carry handle on top.

If the Jackery Explorer 240 portable power station sounds too little for your needs, you'll be happy to learn that there are larger models available.

You can store and deliver electricity with the Jackery Explorer 500 portable power station. Even though they are commonly referred to as "generators," they are unable to produce energy. It is a battery-powered storage container.

The Jackery power station has a power capacity of more than 500W and provides a variety of different sorts of power outlets for you.

If you're looking to power smaller gadgets like smartphones, cameras, and laptops, the Explorer 500 is the ideal option.

You must use a gadget that draws 500W or less (you can find this information on the cable).

A hair dryer or electric kettle that consumes more power than 500W will cause the Explorer 500 to shut down immediately.

Toasters, coffee makers, and other appliances that take longer to heat up typically require more power than 500W.

The Jackery Explorer 500 can be charged using one of three methods:

In order to go green with your 500, you'll need to purchase solar panels in addition to the wires that come with it for charging in your home and your car.

There are several options for charging.

For the sake of clarity, I'm going to divide it down into these three basic charging methods:

Plugging the 500 into a standard household wall outlet will take 7-8 hours to fully recharge the battery.

Using your car's cigarette lighter to charge this device will take approximately 11-12 hours to achieve 100 percent capacity. Keep in mind, of course, that if you're not careful, this could drain your vehicle's battery.

A portable solar panel kit like the SolarSaga 100W can charge your battery to 100 percent in as little as 16 hours under conditions where the sun is shining directly.

Why the Jackery Explorer 5000 is a great choice

Because of the Explorer 500's numerous outlets and USB ports, you can simultaneously power a variety of smaller gadgets.

It's perfect for me because I can use the USB ports to charge my phone and tablet while the 110V AC outlet on my laptop is doing the same. Then when I get back, they'll all be fully charged from the time I left them charging in my tent (or near enough).

In the event of a power outage or natural disaster, this can also come in handy.

The Explorer's solar panel charging is one of its outstanding features.

You should utilise the Jackery SolarSaga 100W foldable solar panel kit to power the power station without consuming any fossil fuels.

16 hours of sunlight is required for a full battery charge that does not damage the environment.

You may use many solar panels to charge your phone faster. It's possible to acquire a portable solar panel if you're an avid camper.

It's smaller and lighter than a handheld radio, yet it still puts out plenty power. It weighs less than 14 pounds, making it easy to tote around in a backpack or other carry-on.

As a result, packing it up in the event of an emergency or natural disaster and bringing backup power along will be a snap!

When the power goes out, it'll keep you going, but it really shines when you're camping in the woods or driving about in a campervan.

Plenty of juice for smartphones, tablets and computers. It is very silent, can withstand extreme temperatures, and is quite simple to use.

With a capacity of 1002 Wh, the Jackery Solar generator can provide up to 1000W of power on the go. Three pure sine wave AC outlets, two USB-C ports, one Quick Charge 3.0 USB-A port, and one DC power port are all included.

Just about anything from a phone to a refrigerator will work fine when plugged into this bad boy. It has a large LCD display that shows you how much charge you have left and how much power is coming in and going out.

It can all be powered by the sun...

Two SolarSaga 100 solar panels can be purchased in addition to the Explorer 1000 and are used to recharge the Explorer. On a sunny day, they may provide up to 100W of peak power.

At just over 10 pounds each, those panels aren't going to be light to carry. The battery for the Explorer 1000 is almost 22 pounds. In terms of portability and size, the panels fold up to 24 by 21 by 1.4 inches.

For work, I used the Jackery to power a variety of portable devices. For two and a half days, my child used it on his laptop, Chromebook, iPad, iPhone, and wireless headphones.

With a laptop, iPad, and two wireless chargers, I was able to work for two days straight without recharging my devices.

I used about 40-60W of power at that time. I regretfully failed to switch off the outlets overnight, which would have given me an extra half day or so of battery life.

Even if you lose power for days at home, a device like this ensures that you can still work or stay connected.

In order to recharge, I experimented with two distinct approaches. Plugging the Explorer 1000 into a power outlet was the first step.

Charge time was approximately eight hours. That's a good start. I then used the two solar panels, and the fun really began.

The battery pack can be recharged in under a day by two huge solar cells in direct sunlight.

I was anxious about rain on the first day, so I tried to keep the battery pack and solar panels inside my car. Even though it was an overcast day, the battery still managed to charge up to 41%.

In order to maximise the sun's rays on Day 2, I placed my solar panels on my back porch, facing it.

In order to maintain optimum exposure, I turned the panels twice throughout the day, and the remaining battery was recharged. The figures, though, were the most fascinating aspect of the encounter.

Both solar panels were able to generate more than 100W of power in full sun. If you recall, the power consumption of my mobile productivity gear ranged from 40 to 60 watts.

That suggests to me that I could theoretically work on this battery indefinitely. Putting the panels outside and placing my desk near a window will allow me to charge more than I use.

That is, of course, assuming perfect conditions. However, the prospect is still appealing.

Even if you lose power for days at home, a gadget like this ensures that you may continue working or remain connected.

In addition, because the power is generated by the sun, it is cleaner and quieter than a gas-powered generator.

In the event of an outage, this is a good item to have on hand in case you need to power your home or a trailer while camping. If you're in the mood for a 20-pound flashlight, this thing has one haha.

The charging speed of my Jackery 1000 can be a concern at times. It takes me slightly under 7 hours to charge my phone to 100 percent capacity at home. Which isn’t a dealbreaker, yet still a considerable amount of time.

Especially when compared to EcoFlow Delta 1300's primary competition. Using a conventional 110V outlet, the Delta 1300 generator can run from zero to eighty percent in just one hour of continuous use.

This is a heavy item to carry around too. As long as you don't mind the 22-pound weight, you will probably not have a problem with the purchase.

A great power generator/battery that delivers on its promises in the end. Many backup generators cost as much as the battery pack and solar panels together (or $1,000 without them, depending on how much you want to include the solar panels).

Everything can be powered thanks to a wide range of ports, including USB-A, USB-C, AC, and DC. The two massive solar panels can recharge the full 1000 Wh battery in less than two days.

Impressive, to say the very least. 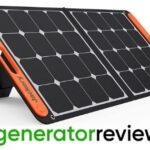 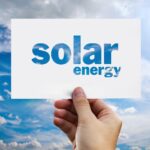 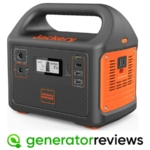 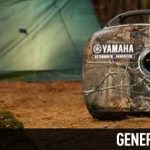